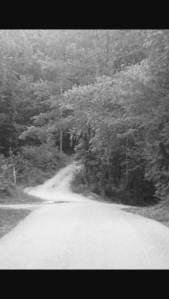 “In October of 2011, I had someone very close to me get diagnosed with Subependeymoma, which is a benign brain tumor in the ventricles of the brain. Normally these types of brain tumors are easily operable and have a fairly quick recovery period. However, for my father this was not the case.

After going into surgery it was discovered that his tumor had mutated and had attached itself to his brain stem in a web formation.This made it near impossible to perform operations and for him to recover properly. From 2011-2016 he fought as hard as he could but March 22, 2016 he ultimately lost the fight.

This time period of my life was very rough for me. I spent the better part of my teenage years taking care of the man who raised me and provided for me. Once he had passed I struggled to accept life without him. Many odd things happened to me after he passed away, some that could have been coincidences, some that I believe are more.

I have many stories but there is one that sticks out in my head the most. My father is buried in a family cemetery in Leon, Kentucky. It is a very quiet area in rural eastern Kentucky. It sits on top of a hill, where five other close family members are buried. My dad’s mom ( my grandmother ), her mother and father, and two of her siblings. There are no surrounding homes, subdivisions, or business. I always enjoyed going to visit the cemetery because to me it’s just a peaceful place, you can sit and listen to nature for hours, there is no cell phone service so phones ringing is never an issue. It’s a wonderful place to clear your head, and just breathe for a while. I don’t go as often as I should but when I do go visit I always stay for about an hour and I always bring a bottle of Orange Crush soda and a Reese’s cup to place on my fathers tombstone. On Saturday nights we would always go to the races and on the way there we would stop to get a snack and always came out with the same thing. So I do this as a remembrance.

On this particular day I decided to head up to visit the cemetery. It was about 2pm in the afternoon and it was a clear sunny day. I was struggling a lot, I remember this day and had tears in my eyes all the way to the grave-site. I sat down on my grandmother’s tombstone which is right across from my fathers. I sat for approx 15 minutes and out of nowhere a branch beside me ( the graveyard is in a wooded area) bent backwards as if someone walked past it and snapped back into place. I thought to myself, well that’s kinda odd, but did not think much else of it and continued to sit. A few moments later I hear leaves rustling a few feet behind me and I hear what I believe to be a child singing. At this point I’m really confused, because there are no close homes and definitely none close enough to where a child would have wandered off. I stand up and started to look around and the singing stops. At this point I am getting kind of spooked so I simply say ‘hello, is anyone there?” There was no answer.

I decided I was ready to leave anyways so I began walking to my car. As I was walking to my car, I paused to turn around and look, as I was turning I heard child laughter, it lasted maybe 15 seconds and faded off. I didn’t say anything else and just continued to walk to my car. I didn’t think anything of it, I didn’t feel threatened or unsafe.

I had heard once before that sometimes when spirits make their presence known it is often in the form of a child, whether this is true or not, I’m not sure. At the time I never felt scared however, I almost felt joy, and happiness I would even say!”

In this encounter, we have two distinct elements of an unexplained nature. Firstly we have “physical manipulation/effects” on the environment, and secondly the sound of a “disembodied-child’s voice signing”. Either taken separately would certainly be a strange occurrence, but together they can only be described as extraordinary.

I want to thank Kara for sharing her amazing and touching story. She not only gave us her very personal experience, but also graciously offered to answer follow-up questions if any arose.

A couple that immediately comes to mind, whether she can give further insight or not are, was there something about this particular day that may have “spurred” this to happen? Was there a deeper meaning to the encounter, something that may not be readily apparent?

We will revisit this in the future.

Having a lifelong interest in all things paranormal, especially in the beliefs and experiences of the Appalachian region, it is my desire to share my own and those related to me by friends and family over a lifetime. As well as collect and record those of others. View all posts by appalachianparanormalexperiences